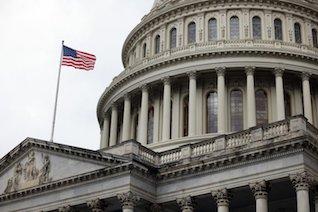 Advice for this week is to take a deep breath and drink lots of water! So many converging crises that it is challenging to pick just one! It seems that the crises are never ending since the financial meltdown. The difference this week is the stock market is taking note. The decline from average highs is only about 3%, but pockets of the market have declined more significantly. Analysts are predicting declines of 20%. No surprise if you compare current traditional measures with historical measures- we are on the upper end of valuations. There are many cases to be made on either side to justify any asset value view to have. This is called “confirmation bias,” meaning that you only read and listen to statements that agree with your own outlook. Of concern to us is the 10 year framework for asset value returns. Our financial planning assumptions are very conservative to make sure we stress test your financial plan so we are aware of and prepared for the potential bad outcomes.

Of major concern this week is the need for passing the debt ceiling increase. This will allow the US Treasury to pay already incurred expenditures by Congress. The debt ceiling decision has generally been bi-partisan but can result in confrontations like a government shutdown, which happened in 2013 and 2018. The 2013 shutdown impacted the US Treasury AAA rating which was lowered. The 2018 shutdown was settled with a bipartisan vote in Congress. Government funding expires at the end of September which could result in partial shutdown, and then when the US Treasury runs out of funding options in the middle of October, payments are stopped for government payments for social security, Medicare/Medicaid, military pay and more. Playing chicken with our federal debt has never worked out well for the party blamed by Americans. Republicans in the Senate say they will not vote to increase the debt limit and their gamble is that with Democrats barely in the majority they are to be blamed. Should be an interesting week.

Also in the political headlines and directly impacting the economy are Congressional and Senate Democrats' attempts to unite behind two infrastructure bills. One is traditional infrastructure that is bipartisan and the 2nd is a Democratic bill focused on soft infrastructure issues like childcare, child tax credit, education, climate change, and increased taxes on Americans with income above $400k. There are deadlines set by different Democratic factions that should come to a head soon. Any bill passed should help deal with concern that growth rates are slowing because of the Delta variant and other economic concerns.

Today’s Fed Reserve Board meeting and press conference indicated that the massive purchase of bonds by the Fed could be reduced starting in November.  In addition, the Fed indicated rates could be raised in 2022. The markets seem to shrug today but often the market’s real reaction happens the next day.