Action item: It is time to consider contributing to your individual retirement account either Roth IRA or Traditional IRA. The rules have not changed but the income limits have moved marginally higher. Link to the IRS website: https://www.irs.gov/retirement-plans/plan-participant-employee/retirement-topics-ira-contribution-limits

Tax filing time is also approaching so be aware of gathering your documents and requesting any missing documents that you need to file. The IRS is overwhelmed with demands, questions and earlier year returns so if you are expecting a refund, then plan to file sooner rather than later. Other than contributing to individual retirement plans most tax considerations and actions are determined based on a calendar year.

Last week the stock market had the biggest rally since the pandemic bear market beginning in March 2020. Only after large market moves is it “easy” to determine why such market moves actually happened. Hindsight analysts always look smart! Going forward, predictions are all over the map, but the consensus for GDP growth for 2022 is still 3.6%, indicating strong economic growth. 2023 is still in the range of 2.5% toward the higher end of growth over the last 10 years.

This week Monday, Fed chairman Powell in a speech stated that he will aggressively move to slow inflation including necessary Fed funds rate increases. As soon as that speech was publicized, the stock market declined significantly. Well, by the next day on Tuesday, that loss was reversed and the market had a good gain. At the same time, interest rates increased on both days. For the first time since before the pandemic, we have entered US Treasury auctions as rates increase. How many more rate increases and how much is yet to be determined. The bond market is pretty sanguine about it so far.

Will the Fed be able to arrange a soft landing-avoiding a recession and GDP decline? With interest rates so low and inflation so high it is a particular challenge. Comparing current trends to other times in recent history indicate that inflation might be too high and interest rates too low to navigate a soft landing. A hard landing means recession which means a cap on interest rate increases depending on factors including timing. What and how will the bond and stock market respond?

Tipping during the pandemic took a significant bounce as the economy shut down. Food delivery, restaurants, hairdressers, direct service workers. Not surprisingly, as the world and the economy have opened up, tipping habits have changed. As expected and probably experienced, tipping was very generous during the shutdown and pre-vaccine. Now post vaccine and easing of restrictions, tipping has decreased in general but stayed higher for direct service workers such as in-person restaurant dining staff. Tipping has declined for take-out orders and orders not taken at tables in a restaurant. There is evidence that as prices rise, tipping declines. With inflation high and prices increasing it is likely that tipping will decline.

Some areas of the economy are exempt from inflationary price increases because there are no actual prices. Beyond cost consciousness, being neighborly, and in a time of increased production focused on the planned obsolescence of many items, there are consumers turning to local community group resources to exchange goods that might otherwise end up needlessly in a landfill. A common post on buy nothing groups often include: “ASK: I was about to purchase this item from Amazon.com before I do, might any neighbors have something similar to gift [include link or image of item]?” If this is of interest to you, here is a collection of some resources: 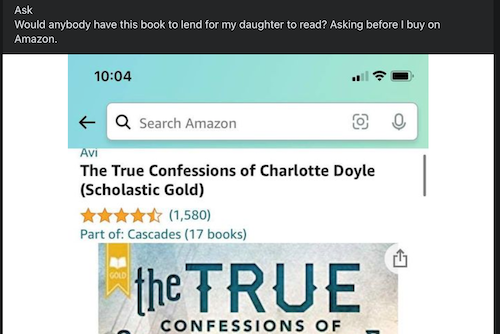