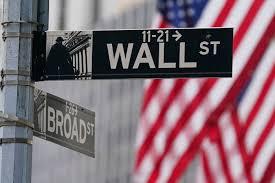 Markets focus on trends in preference to absolute numbers. Inflation numbers came out this week and they might be higher than last month’s, but markets look for trends. And the bad news is good is often at work. If inflation numbers are higher this month, it may be interpreted that this is the high and the trend will be down going forward.

One indicator that I have mentioned repeatedly in our newsletter is the yield curve.  The yield curve has flattened during the 1st half of the year and especially in the last couple of weeks since the Federal Reserve raised the Fed Funds rate by ¾ of a point. Interest rates increase from 1 month until 1 year and then the yield curve flattens. The most watched indicator is the spread between 2 year and 10 year US Treasury yields. This is watched closely because of the historic correlation between this spread and economic growth. The normal relationship is that the yield on the 10 year Treasury is higher than the 2 year Treasury. When the 10 year yield is lower than the 2 year yield, this raises concerns in the stock market because it is often a precursor to a negative economic growth or a recession. This negative spread between the 2 and 10 year Treasury can happen for a day or two but when it persists it becomes more of a concern. The bond market is skeptical about economic growth and is voting with the flat or inverted yield curve that inflation will not be persistent for more than 1 year. As I have said before, the bond market has a better track record than the stock market. This week, earnings reports begin.  With the uncertainty of results, this week has been volatile with big intraday swings.

Elon Musk has been in the headlines the past few weeks with his offer to buy Twitter. First, he is buying Twitter, recruiting other billionaires and seemingly determined to remake Twitter in his own image. Then, lo and behold, he gets cold feet as his bravado exceeds his reality. He withdrew his offer and now the dispute heads to the court where Musk might be humbled by losing.

In good news this week, the James Webb Space Telescope revealed its first view of outer space, which is beautiful. Hard to believe there isn’t life somewhere in space given the vastness we get a glimpse of through these photographs. The photos are poster perfect and I am sure they will be available to purchase soon. As soon as I start reading about what the photos show, it is clearly above my college education.

Despite foreseeing economic woes in the US, the US dollar is almost at parity with the Euro. Apparently, currencies are speaking loudly that the US economy looks stronger than overseas economies. Good time to travel to Euro countries!