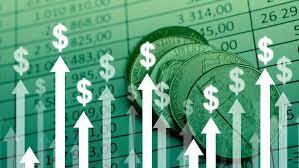 Wall Street and Inflation: Stick to the Plan

Insight into possible Wall Street/investor thinking. After the market closed on Monday, Walmart announced a significant decline in sales because inflation in food items is leading to lower discretionary spending, resulting in too much inventory and a subsequent lowering of prices to clear it out and a reduction in quarterly and 2022 profits. The immediate result is a futures sell off in the S&P 500, Dow, and Nasdaq and a steep after hours decline in the stock price of Walmart. A true slowing of the economy is upon us because previously, consumer spending continued to support job growth and spending in general. Spending also contributes to inflation. Well, if consumer spending is slowing down and it causes economic growth to stumble, even contributing to a negative 2nd quarter GDP growth number to be reported later this week, then a couple of consequences are related. First, the extraordinary increase in inflation has rocked consumers especially in food and gas. Even though economic data offers a mixed picture of the economy (positive: strong job market, low unemployment, high consumer spending, steady significant wage increases, negative: negative GDP growth first quarter, high inflation, COVID continues, continuing high housing costs, Fed indicators showing negative 2nd quarter GDP growth, consumer perception that the economy is bad, increasing interest rates), inflation is the number one target of the Federal Reserve and its primary weapon is increasing short-term interest rates. With the Walmart news, the challenge that is well known for the Fed is emerging. Much discussion is ongoing about a recession. The Fed's goal as well as the administration's goal is to lower inflation without stopping economic growth. Challenging to say the least. So, Wall Street thinking about Walmart’s news might be that growth is slowing based on inflation. Inflation is impacting spending by pinching consumers. If economic growth then slows to avoid a recession or at least a steep recession, the Fed might limit interest rate increases and in fact Wall Street says interest rates will drop in 2023. Given that thinking, is negative news already priced into stocks and will the impending Fed rate increase of ¾% be greeted positively, or at least not negatively, by the stock market? Such is the thinking on Wall Street. Kind of convoluted huh! This is an example of bad news being good news. Stick to the plan! The only solution is to stay out of the convoluted thinking or rabbit holes.

This is a big week. Major tech earnings as well as GM and other big companies. The Fed meets this week and announces interest rate changes. Thursday is the announcement of the preliminary GDP growth estimate for the 2nd quarter. Wall Street is saying this is the biggest week of the summer. Analysts have been reducing earnings for Amazon and Meta recently. This week we will know.

The US Treasury yield curve continues to be inverted. Analysts continue to point to this indicator as a necessary but not sufficient indicator of a recession in the future. The National Bureau of Economic Research is the arbiter of calling a recession. The call is usually made after the recession is over so don’t hold your breath.